Moles, also known as nevi (تِل) are growths that occur on the skin. These are said to be collections of melanocytes, which are the melanin-producing cells. Melanin is a pigment that gives color to the skin. They often appear as small dark brown spots on different areas of the body. Moles are harmless and are often referred to as beauty marks. Most people have 10 to 40 moles that start appearing from childhood and start to fade over time.

Signs and Symptoms of Moles

The appearance of a mole is a brown spot. It is present in different colors, sizes, and shapes. Major symptoms or signs of the moles include:

Shape: Moles can be of round or oval

Size: Moles are usually seen to be less than 6 millimeters in diameter. These can be bigger if present at birth and can cover limbs, or face.

Texture and Color: Moles are seen to be smooth, raised, and flat. These can be present in blue, black, red, pink, and reddish-brown in color.

There are a few types of moles observed in every individual. These can be:

An atypical mole can look a lot like melanoma (skin cancer). These moles are larger, have a lot of colors, and have an odd shape that is not round.

Spitz Nevus are moles that are raised, are in a dome shape, and usually appear pink. These can also be observed in different colors like black, brown, or red. Such moles can also have an opening and can bleed also.

When a mole appears in the body after a person is born then it is called an acquired mole. People with lighter skin tones are more likely to have these moles. These are also called common moles.

Moles occur when the skin cells grow in clusters instead of spreading through the skin. These cells are known as melanocytes and they are responsible for producing pigment that gives skin its natural color. Moles are often seen darkening after exposure to the Sun and as age increases.

There are several factors that can increase the risk of moles on the skin. These include:

The presence of lesser pigment (melanin) in the body can also add to your risk of getting moles. As compared to someone with a dark complexion the chances are quite higher in people with fair skin, blonde hair, and people who get freckles easily.

If you have a family background of moles and melanoma then you are at higher risk of getting affected.

Uv Lights from the sun, tanning lamps, and beds can increase the risk of the formation of light moles on the body. These can anytime convert into skin cancer.

There is no way that can help you prevent moles as most of these occur naturally on the body or start to appear during childhood. There are however ways that can reduce the risk of skin cancer. It is however important to keep a check on your skin if there is any change seen in the body.

Moles can only be detected in one way and that is the physical examination. A skin exam is taken by the doctor from head to toe to diagnose the presence of moles. A lot of times the mole is removed to get it examined under a microscope.

Treatment of Moles | When to Consult a Doctor

There is no way that you can treat a mole if it is not dangerous. If you want to get rid of it, you can at least try to conceal it on the skin with makeup. If you feel like the mole is cancerous then do consult with the relevant doctor in order to look for treatment options for mole removal. There are several ways that can be used to remove moles. These include:

A punching device or a scalpel is used to remove the mole and the skin surrounding the mole. The area is later on stitched.

In this method, no stitches are involved. The procedure works by numbing the area of the mole. It is commonly used to remove smaller size moles.

Consult with Best Doctors for Moles 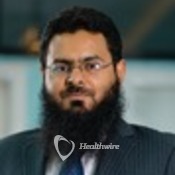 Doctors to treat Moles in Pakistan

Hospitals to Treat Moles in Pakistan