Smallpox (چیچک/Chichak) is an infectious disease caused by a deadly virus. It is a contagious disease against which there is no cure.

Signs and Symptoms of Small Pox

Smallpox (چیچک/Chichak) is an infectious disease caused by a deadly virus. It is a contagious disease against which there is no cure. Smallpox is also called Variola. In 1980, smallpox was completely eradicated thanks to a global immunization campaign.

Smallpox is an ancient disease, first discovered in Egypt. It is a devastating disease and its worldwide epidemics have filled the books of history.

Still, there is no cure for smallpox. It can be prevented only by vaccination. The first smallpox vaccine was developed in 1758. However, the side effects of this vaccine outweigh its benefits.

Currently, there is no evidence of naturally occurring smallpox transmission anywhere in the world. Although a worldwide immunization program eradicated smallpox disease decades ago, small quantities of smallpox virus officially still exist in two research laboratories in Atlanta, Georgia, and in Russia.

The early symptoms of smallpox typically begin within 10-14 days after infection. Its incubation period is 7-17 days during which a person is asymptomatic and healthy.

After the incubation period, suddenly a set of flu-like symptoms appear. Some of the common symptoms of smallpox are:

After some time, flat and red spots develop on the face, hands and forearms, which then spreads to the trunk region. Within 1-2 days, these lesions filled with pus and were called small blisters. Further, the blisters turn into scabs in the next 8-9 days. These scabs then suddenly fall off leaving deep marks on the skin.

Lesions can also develop in the mucosal walls of the nose and mouth. These lesions, later on, turned into sores.

Variola virus is responsible for smallpox occurrence. The virus can be transmitted by following routes:

Most of the time smallpox is recovered on its own without any treatment. However, in some rare cases, an infection can lead to other health-related complications. These complications commonly occur in people with weakened immune systems and pregnant women. After recovery, usually, severe scars are left on the face, arms and legs. In some rare cases, smallpox causes vision loss.

Smallpox can be prevented by:

There are two vaccines for smallpox such as:

-Have weakened immune systems or

Treatment of Small Pox | When to Consult a Doctor

As smallpox has been eradicated from the world, if a new outbreak occurs the doctor may not be able to figure out the early stages of infection. Its testing can be done by the Centers for Disease Control and Prevention. In this test, a tissue sample may be taken from the lesions of the infected person. 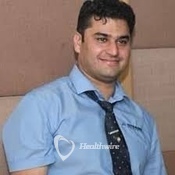 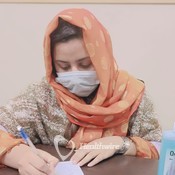 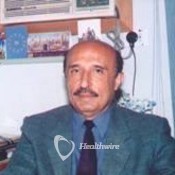