Tetanus is a serious disease that is very common in most people. It is caused by bacteria toxin termed as Clostridium tetani.

Signs and Symptoms of Tetanus

Tetanus meaning in urdu (کزاز). It is a serious preventable disease caused by a bacterial toxin named Clostridium tetani. The powerful bacteria affect the nervous system that leads to painful muscle contractions mainly on jaws and neck. Difficulty in breathing is a sign of a life-threatening condition in people. It is also referred to as Lockjaw.
Once the bacteria enters into the body through different breaks, wounds or cuts of the skin can spread to other parts of the body to cause tetanus.
Currently, due to the quick availability of the vaccine, it is considered a rare disease in the world's population. It is only reported in those countries which don't have strong immunization programs.

Tetanus was nationally reportable in 1947 when the cases were at its peak. After the introduction of an effective vaccine for tetanus, it declined to 11% today in the world's population. It is more likely to be present in those people who didn't receive a tetanus vaccine or adults who didn't receive up to date 10-year booster shots.
According to the researchers, 1 in 38000 people died from tetanus in 2017 globally.

Tetanus symptoms usually begin to appear within a week after being infected. But the infection remains from 3 days to 3 weeks or even longer.

Other symptoms of tetanus may include:

It may cause suffocation and death if it is not treated on time.

Tetanus is an infection caused by the spores of Clostridium tetani bacteria. The bacteria are present everywhere in the environment including soil, dust, and manure. Once the spores enter the body, they change into bacteria to cause infection.

Some common causes of tetanus in most people are listed below:

Certain factors are more likely to cause tetanus in people:

Once the person is vaccinated, the tetanus toxin is attached to the nerve endings for its recovery. The complete recovery has been done for the growth of new nerve endings, which may take up to several months. If the person is not recovered completely then complications of tetanus infection may arise including

The only way to protect yourself from tetanus is to get yourself vaccinated. Getting vaccinated alone isn’t enough and you need to stay updated when it comes to vaccination as immunity acquired via vaccination isn’t for a lifetime.

Treatment of Tetanus | When to Consult a Doctor

Diagnosis of tetanus depends on the physical examination, medical and immunization history and the signs of muscle spasms, stiffness and pain. There are no laboratory tests specified for diagnosing tetanus.

Consult with Best Doctors for Tetanus 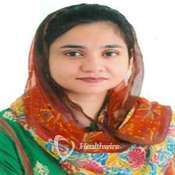 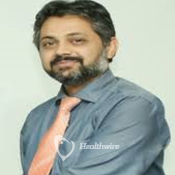 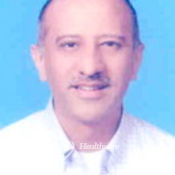 Doctors to treat Tetanus in Pakistan

Hospitals to Treat Tetanus in Pakistan