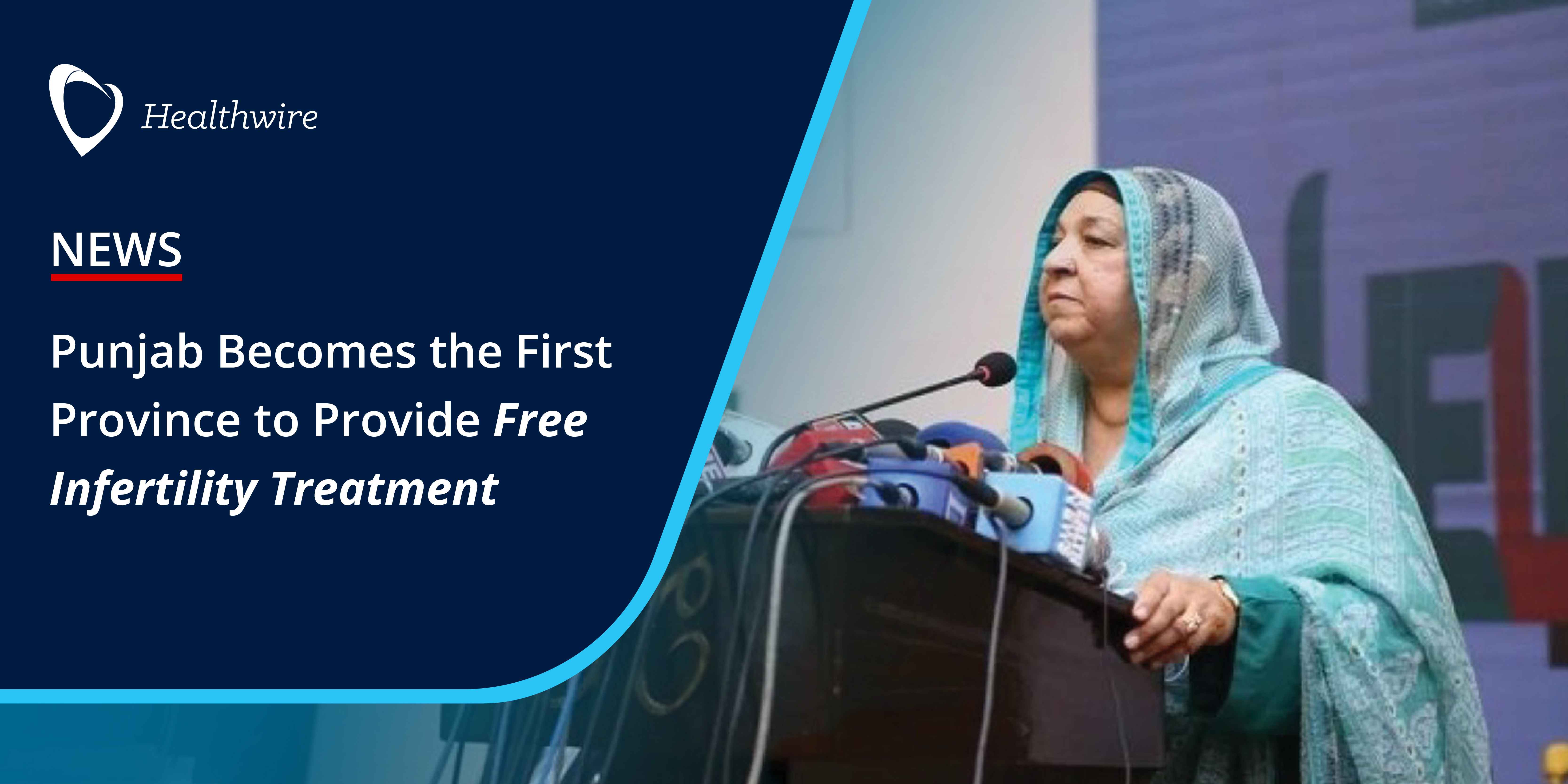 Free infertility treatment for childless couples in Pakistan will be staring from June in Punjab, the first province to provide treatment for free.

Punjab Health Department has announced that the province will deliver free infertility treatment in the country for the first time. This is planned to be done on the Government level.

The decision has been taken by observing the private sector of Pakistan. For in vitro fertilization (IVF) thousands of rupees are charged to childless couples for test tube baby births. The Government will be providing free infertility treatment to couples waiting for children.

For the very first time, a new department is anticipated to be launched at Mother-Child Care Hospital of Lahore which is expected to be inaugurated by Prime Minister Imran Khan by June.

Health Minister Punjab, Dr. Yasmin Rashid said that “the medical facility will provide treatment for people suffering from pregnancy complications due to physiological or fertility issues”.

The Health Department also mentioned that “the hospital would have the facility of free diagnosis of pre-birth physical and mental problems of children.”

In 2017, the IVF procedures to conceive babies has been declared legal for married couples by the Federal Shariat Court. “This process cannot be considered as illegal or against the Injunctions of Holy Quran and Sunnah,” the court has ruled.

Due to the lack of basic fertility knowledge and awareness, there is a high prevalence of infertility in Pakistan. The lower middle class of the Pakistani population will be specially catered to in this program.

According to the 2020 World Population Data Sheet, there is a 3.6 children per couple fertility rate in Pakistan.

On the other hand, Pakistan and Afghanistan are leading as the fastest-growing population in Asia Region. Serious measures need to be taken as the population of Pakistan is estimated to double in 20 years.

Pakistan has joined hands with Denmark, Hungary, and Singapore to provide aided IVF treatment to the public.