Signs and Symptoms of Respiratory Disorders

The common types of Respiratory Disorders include:

COPD (Chronic Obstructive Pulmonary Disease) is a fatal inflammatory disease of the lungs. It causes obstruction in the airflow from the lungs which makes it difficult for the suffering individual to breathe. People who suffer from COPD are more prone to getting heart and lung diseases that can be as severe as cancer. It is further categorized into:

In Chronic Bronchitis, the bronchial tubes tighten and become inflamed as a result, the production of mucus is increased by the lungs. This further adds to the blockage of the airways. In order to clear the airways, a chronic cough is developed.

A huge air sack is formed during Emphysema due to the destruction of the walls of the alveoli (air sacks). The airflow of the lungs is disturbed when air is trapped inside and cannot be exhaled. This then causes shortness of breath.

It is a bacterial lung disease that is caused by a bacteria called Mycobacteria tuberculosis. Individuals with tuberculosis have a constant feeling of weakness and have night sweets and fever. In some cases, blood during coughing is also observed.

In pneumonia, a bacteria, fungus or virus, or any other infection causes the air sacs in the lungs with fluid or pus. The lung’s ability to exchange gases is reduced when the sacs are filled with fluid and pus.

Bronchitis happens when the windpipe gets irritated and swollen. This usually occurs due to an infection. The presence of too much mucus in the bronchial tube may cause difficulty in breathing.

Lung cancer often comes with no symptoms. But when the symptoms appear they can be, wheezing, chest pain, chronic cough, weight loss, swelling in the neck and face, and hoarseness.

The most common causes of respiratory disorders include:

Risk factors of respiratory disorders include:

A very rare genetic disorder called alpha-1-antitrypsin deficiency is one of the major risk factors for respiratory disorders.

Exposure to chemicals and dust for a longer period of time can irritate the lungs and cause inflammation that increases the risk of respiratory disorders.

During a physical examination, the doctor takes proper family history, reviews all the signs and symptoms, and discusses your exposure to irritants if you have had any.

There are several tests asked to be taken by the doctor in order to diagnose respiratory disorders and study the symptoms and signs even better. These tests include:

A chest X-ray can easily indicate emphysema which is a type of respiratory disorder.

The pulmonary Function Test measures the delivery of oxygen to the blood by measuring the amount of air inhaled and exhaled. A spirometer is used during this test. It is a tube connected to a machine, you need to blow in the tube to check how much air the lungs can hold and can blow out of the lungs.

CT Scan of the lungs helps in detecting emphysema and can determine the health condition of the patient as to if they are fit for respiratory disorders surgery or not.

This test is performed to measure the function of the lungs in measuring how well the lungs bring in oxygen and remove carbon dioxide.

Treatment of Respiratory Disorders | When to Consult a Doctor

The first and the most essential step when it comes to the treatment of respiratory disorders is quitting smoking. Quitting smoking can improve breathing immensely. The doctor can recommend nicotine replacement medications that can help in place of cigarettes.

Individuals who experience intense and severe episodes of respiratory disorders can take short courses of oral steroids for moderate to severe exacerbation. However, doctors prohibit the use for longer periods as they come with side effects like diabetes, weight gain, cataracts, and an increased risk of infections.

Several kinds of medication can be used to treat the complications and symptoms of respiratory disorders.

The most common ones used are known as Bronchodilators. These are usually in the form of inhalers. These make breathing easier by opening the airways of the lungs.

These are used to reduce the inflammation of the airways and help in reducing exacerbation caused by respiratory disorders.

Doctors recommend lung therapies to people with moderate to severe symptoms of respiratory disorders. These include:

If there is not enough oxygen in the blood present, supplemental oxygen is used to make up for it. There are several machines and portable devices that are used for delivering oxygen to the lungs.

People with severe forms of emphysema are suggested to get treated with surgery when they don’t get effective treatment through medication. The surgery options include:

Parts of the damaged lungs (lung tissues) are removed through surgery from the upper parts of the lungs. This makes extra volume in the lungs or the individual to breathe more easily. The diaphragm then works more efficiently and the lungs start to expand properly.

A lung transplant is conducted in cases of lung failure. It is undertaken under some specific criteria. It improves the quality of life by making it easy for the individual to breathe. 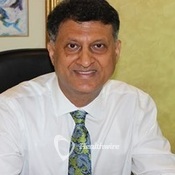 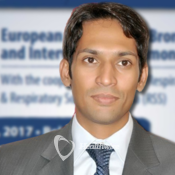 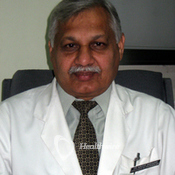 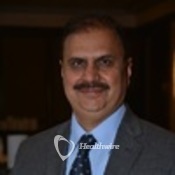 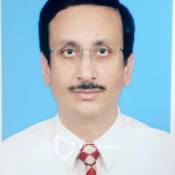 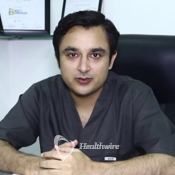